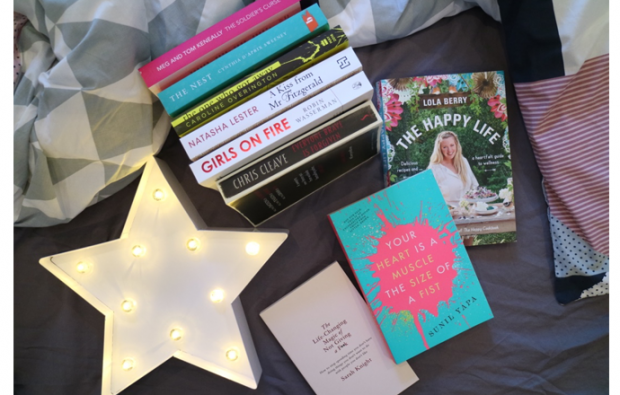 Welcome to the first volume of bookmail! I can’t say how frequently/infrequently I’ll post these. I suppose it does depend on how many wonderful things come across my desk… Which is quite regularly, so maybe once a month is a good goal. On to the books! Oh gosh, where to begin?!

So that’s it for now! I also managed to get my hands on some older books that have been out for a while now, but I figured these were the super-exciting just released or soon to be released titles. Are there any in here that you’re interested in? Any that you’d particularly like to read a review of? Let me know in the comments!

And now, here are a couple of narcissistic shots I took after I photographed the books. You can’t put a 180 degree flip screen on my camera and not expect me to look at my face from time to time! (Especially when I am loving my makeup for the day. And my new bed linen.)