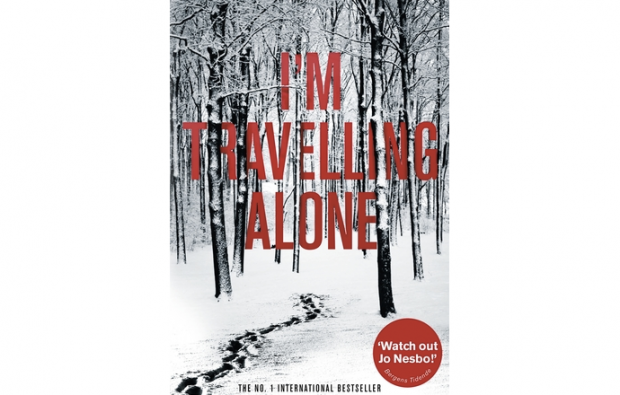 Listening to a crime novel as an audiobook is a bit of a risk. More often than not if I’m reading a crime or thriller novel, I’ll flip back to previous chapters at least once or twice to double-check a name or a detail. Sometimes I like to pretend I’m a detective, and I get a massive thrill from solving the crime before the ending is revealed. This becomes infinitely harder when listening to an audiobook.

I mentioned in my love letter to audiobooks this week that audiobooks force you to pay attention to what you’re listening to, and that was absolutely the case with this debut novel. To begin with, I found myself pausing after certain sections to ensure I took all the information in, but never once did I rewind to a previous position in the story. For that, I’m quite proud! This is a Scandinavian novel with unfamiliar character and place names, and I found listening to the story as an audiobook helped me overcome difficulty with foreign names way faster than when reading a physical book. The sounds of the names became familiar pretty quickly, so I was able to recall details more efficiently. It’s important to note that the narrator, Laura Paton, did a brilliant job with the story. Narrators make or break audiobooks, and listening to Paton was a fun experience. She’s narrated a stack of audiobooks, and I’d actually consider a story not currently sitting in my TBR just to listen to her narrate again.

Okay, so that covers the narration elements. Onto the story. A six-year-old girl is found dead in Oslo, hanging from a tree with a sign around her neck that says ‘I’m Travelling Alone’. The police are stumped and the lead investigator Holger Munch seeks out his former colleague Mia Kruger for assistance. Mia is a brilliant but troubled officer, and she has retreated to an isolated island with the aim of committing suicide. Her sister died ten years earlier, and Mia feels cripplingly alone. After Holger shares the details of the case with Mia, Mia grudgingly accepts the offer to return to work. Holger hand-picks a team of old and new faces, and together they begin to investigate the murder. When the body of a second girl is found, Holger, Mia, and the team accept they are facing something quite uncommon in Norway: a serial killer.

I loved the way this story progressed. For a crime novel, there is an unusually high number of viewpoint characters, and this can be jarring at first. What makes the large cast bearable is the way Bjørk weaves the multiple narratives together and connects the characters. Seemingly insignificant characters and details become more important as the story progresses, and things step up a notch again about two-thirds of the way through the novel when a further two dead girls are discovered. The police are no closer to catching the killer when Mia and Holger are drawn into the killer’s web in an uncomfortably personal way. Both Mia and Holger are forced to revisit pain and trauma in their pasts to try to stop the killer before the body count rises once more.

I must confess that I increased the narration speed towards the end of the book because I was so desperate to finish and find out what would happen. Some of the last third of the book could have been edited further to make it sharper and punchier, but I wouldn’t really call that a fault as it meant I could spend a little more time in Mia and Holger’s world. I think listening to this story as an audiobook would be a slightly different experience to reading the physical book, largely because of the unfamiliar names (I recommend saying them out aloud if you read the physical book, so you’re better able to remember who is who and where is where), but I’d recommend this book to anyone who loves a good thriller that will keep you guessing right until the very end. Bjørk is such a great storyteller than even when you think all is done and dusted, you’re bracing yourself for another twist. Do you get one? Ahh, you’ll have to read on to find out!