Film adaptations of popular books are clearly the new black. While this may not be entirely true across all genres, I think it absolutely is for young adult (YA) books.

Perhaps without meaning to, the Harry Potter and Twilight franchises have created a sense of expectation for YA readers–if the book is a huge success, a movie deal shouldn’t be too far away. And if there was any doubt, The Hunger Games has solidified this belief. In 2013, the second Hunger Games story, Catching Fire, will be brought to life on the big screen, Stephenie Meyer’s The Host is on the way, and other well-known YA titles including City of Bones (book one in Cassandra Clare’s Mortal Instruments series), Warm Bodies and Beautiful Creatures will grace our screens before the year’s end.

Then we have the well-known general fiction/literary titles–over the summer this list includes Life of Pi, Les Miserables and The Hobbit. The Great Gatsby is coming, and so is a new take on Stephen King’s Carrie. But what excites me most is when little-known titles get the Hollywood treatment (truthfully, it also makes me incredibly nervous). A lot of people don’t know that Silver Linings Playbook is actually based on a 2008 novel. I didn’t, but I am ever so glad that I read it before I watched the film. While some recent adaptations stay very close to the source (Life of Pi comes to mind first), David O’Russell (who directed and wrote the screenplay) has retained the best parts of the novel and changed certain details to create a touching and moving film about hope, happiness and love–what it means to lose these things and ultimately how to find them again.

To the novel. The story is narrated by Pat Peoples, a former teacher that has recently moved back home after having spent an undisclosed period of time (which Pat refers to as ‘apart time’) in a rehabilitation facility. He’s been separated from his wife Nikki (also a teacher), though he can’t quite recall the circumstances surrounding this situation. He returns home with a positive attitude: this is his silver lining and his chance to get Nikki back. And so Pat begins a new life to get Nikki back. He works out furiously to shed the extra weight he had put on, even going as far as running in a plastic bag to sweat more. In his old life, Nikki’s friends made fun of Pat’s inability to engage with literature–to prove them all wrong, Pat works through Nikki’s entire course, reading all the books she teaches to her kids…

But he doesn’t like the often depressing endings of the stories he reads. Nevertheless, he continues his pursuit of his own happy ending. His mother is a warm presence in his life and she encourages him to be more social, but his father avoids him. He doesn’t acknowledge Pat’s presence in the house and causes quite a bit of tension. Through all this, Pat keeps up his weekly meetings with his therapist, starts to rebuild his relationship with his brother, and befriends the sister of his best friend’s wife. Tiffany is just as damaged as Pat–her husband’s untimely death caused her to have a breakdown and lose her job. Pat and Tiffany become running partners and when she presents Pat with an opportunity to contact his estranged wife, he jumps at the chance. But Pat’s family have been keeping secrets from him about Nikki, and when the truth is revealed, Pat struggles to deal with his new reality.

The book was beautifully deep and moving, but it was very monologue-centric and dealt with a lot of Pat’s internal drama. Pat is dark and damaged and the reader gains insight into his broken psyche, but if the screenplay was based too literally on the novel, the audience would be lulled into sleep. O’Russell knew this and he has successfully turned one man’s struggle for truth into the journey of two oddballs searching for happiness.

On to the film. Pat is still Pat but he’s no longer a Peoples; his family name is now Solitano and his parents live in Pennsylvania. Despite one of the core tensions of the novel being that of Pat’s relationship with his father, on-screen Pat Snr and Pat Jnr are quite close. Pat Snr is in fact an equally emotional and neurotic man with many unresolved issues of his own. But, I digress. Pat has recently been released from a mental health facility, except this time he’s entirely aware of what transpired with Nikki for him to end up in rehab. Pat is fixated on improving himself to win Nikki back, and the self betterment component of the story doesn’t change. The on-screen star here, however, is Tiffany. 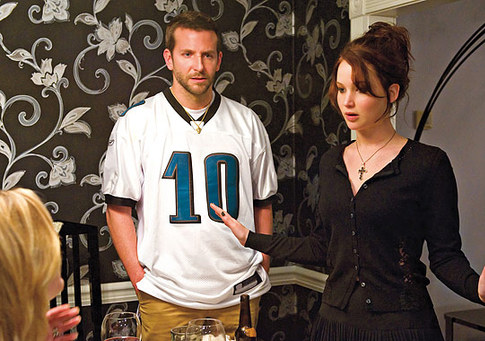 O’Russell saw potential for Tiffany to become a complex and multi-faceted character and Jennifer Lawrence delivers arguably one of her best performances to date to bring the wild girl with a heart of gold to life. With Pat’s ability to recognise the trigger of his issues in the opening sequence of the film, the relationship between Pat and Tiffany takes centre stage and the film progresses with the perfect mix of nervous energy and cynical humour. Towards the end, Silver Linings is more romantic drama than family drama, but the shift is surprisingly smooth and subtle. And it absolutely works. 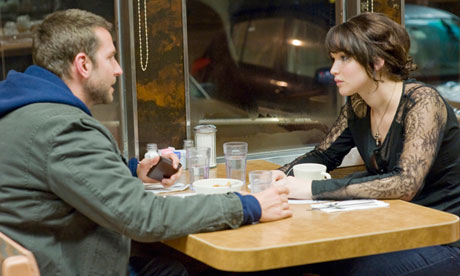 Reality is often far from perfect and we don’t always get the happy ending we think we need. But what O’Russell, Cooper, and Lawrence show the audience is that the silver lining we need can turn up in the most unexpected of places.