I can’t believe a whole week has passed by since Perth. Time seems to move by so quickly, and I would like to apologise for taking so long to get the second instalment of my Perth Writers Festival highlights up. 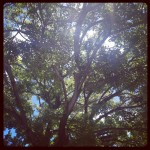 I was blessed with beautiful, sunny weather – under a big tree at the UWA campus.

Day Two was a big day for me – I was sitting in on the first session of the day, “Thrill Me, Kill Me”, with an incredibly distinguished panel. To begin with, it was chaired by Jennifer Byrne, who most of you would know as the host of ABC’s First Tuesday Book Club. The three panelists were Laura Beukes, Michael Robotham and (omg-I-almost-died-being-in-the-same-room-as-him) Jo Nesbø. Without a doubt, Jo Nesbø was the main attraction of the Festival for me. Not only do I love his writing style and the tough, gritty crime stories he produces, it’s an absolute thrill (pun intended) meeting an internationally recognised name. Such talent! Under the watchful eye of Jennifer Byrne, the authors spoke at length about what it is that fascinates readers with the crime genre and what it is like to write crime fiction. Jo Nesbø spoke of the game between readers and writers, and the intimate relationship that comes from writing ‘whodunit’ stories. As a crime author it is your duty to take readers on an adventure, but he spoke of the necessity to play fair and drop hints along the way. All three authors argued that a clever twist is an essential feature of a crime novel, but some responsibility falls onto the author to make it credible, believable and, above all, real enough to the reader that upon reflection becomes clear that this was the author’s intent all along.

Laura Beukes spoke about how difficult it is for South African crime authors to compete with news headlines – this was an interesting concept. In most developed countries, media publications are predominantly filled with political, economic or celebrity pieces. Media coverage of criminal activity does occur, but not to the same extent as in countries like South Africa. In essence, crime fiction is more shocking and thrilling to readers who live in comparatively safe environments. And so, for authors to succeed in the South African market, they are not only competing with other authors but also the news headlines. Quite creepy, when you think about it. The audience was also told stories about the endless pursuit for authenticity. How far would you go to understand what you were writing about to make it as real and believable as possible? Pretty far, it seems, for our panelists. Michael Robotham was detained by Customs for researching a smuggling story, and Jo Nesbø told a horrified audience about his research for a scene involving a vacuum cleaner and an eye… Fun stuff! 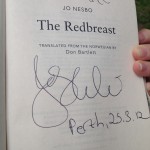 He may be able to write best-selling fiction, but it’s a shame Jo Nesbø can’t get the date right!

The second session of the day was “Reimagining the Future” with Peter Docker, Lara Morgan and John Birmingham. It covered similar themes to the speculative fiction session of the previous day, but Peter Docker and John Birmingham really added to the discussion with their respective novels. Peter Docker’s novel The Waterboys is a speculative novel that both reorders history and paints a bleak future (one which we may still end up with) where water is a scarce and precious resource and Indigenous issues are linked in to the availability of water. Heralded as a fine work of dystopian fiction, it’s an important and timely novel from a brilliant Australian writer. John Birmingham, on the other hand, has written an alternate history in a three-book series that sees a multinational peace-keeping force from the 21st century sent back in time to 1942 to completely alter the outcome of World War II. Fascinating! Such an exciting genre, being able to have freedom over the past and the future. I picked up a couple of books that fall under the speculative umbrella, so I will review those in due course. 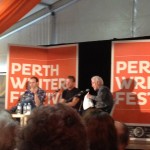 Sunday was my last day at the Festival and in Perth, and I kept the sessions to a minimum so I could do a little more sightseeing. My one and only session of the day was “Northern Lights” with Johan Harstad and  Jo Nesbø. Both men are from Norway, but write completely different fiction, so when the panel chair asked them to each read a passage from their books, it was a really special experience. They’ve each been incredibly successful in their own right, and to hear them read their own work was a privilege. Jo Nesbø had the audience in stitches – he writes in Norwegian and his books are translated into English, and he was complaining that his Norwegian was so sophisticated that he couldn’t understand some of the words in English.

Without doubt, Scandinavian crime has exploded in Australia. But what is it with our fixation on the far North? According to both Johan and Jo, it’s the idea of a world we can scarcely imagine. Months on end without a sunset, followed by months without the sun? It’s unthinkable. Cold bitter winters beyond our comprehension pique our interests and prove to be a worthy backdrop for grizzly and gruesome crime. In Scandinavian Europe, a region widely considered to be one of the most socially, politically and economically stable parts of the world, the criminal is an exotic animal. Money is rarely the motive for a crime, and it’s more about what happens beneath the surface of the human psyche. In a well-structured and safe society, the criminal is the last rebel, and people always seem to have a fascination with the forbidden. And if you’re not writing crime, like Johan, you’re thankful for the crime writers. Their unparalleled international success has paved the way for non-crime writers; by opening the door and promoting the Scandinavian culture, many publishing houses are now more open to the idea of translating and publishing European work than ever before.

Interestingly enough, both authors opened up about where they like to write. Jo said he is completely patriotic towards Oslo – he grew up there and feels like he belongs to a small minority of true Oslo citizens, born and bred and completely in love with their own cities. He also spoke fondly of writing in cafes, which I found interesting. Johan on the other hand barely spends any time in Norway, except for when he’s writing 500 pages long plays for the National Theatre in Oslo. To conclude, the panel chair asked if the reason Norwegians read so much is because of the long cold nights. In reply, Jo simply stated that the reason was too many good books. And I think that’s 100% true.

I loved Perth so much – it was an amazing experience and travelling solo for an entire trip was something unfamiliar to me. At times it was lonely and my own company did get tedious at certain points, but I was so fortunate to meet the people I did and go the places I went, and it will long be remembered as one of the most memorable weekends of my life. 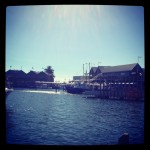 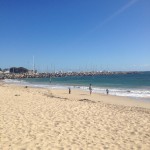 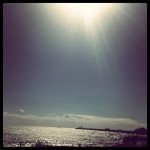 Fremantle just being beautiful. I really loved it there.

John Birmingham writes stories. He wrote them for magazines for 10 years before publishing his first book, He Died with a Falafel in His Hand. Leviathan, his ‘unauthorized biography’ of Sydney won the National Award for Nonfiction in 2002. He decided to abandon big, thinky nonfiction for big, explodey airport novels beginning with Weapons of Choice, and most recently wrapping up his Disappearance series with Angels of Vengeance. He still writes columns and feature articles for a wide range of newspapers and magazines, and blogs for both Fairfax and the ABC.

Peter Docker was born in Wiilman Country at Narrogin, Western Australia, and grew up on a station in Wudjari Country. He has worked as a dairy-hand, hay carter, wheat-bogger, window-washer, bank teller, lift driver and barman. He has written short stories published in Australian literary journals and has written for stage and radio. Someone Else’s Country was his first book. The Waterboys is his newest book.

Johan Harstad is a Norwegian novelist, short story writer and playwright. He made his literary debut in 2001, with a collection of short prose entitled Herfra blir du bare eldre (From here on in you only get older) and since then has published a short story collection, three novels and four plays. 2005 saw the publication of his first novel, Buzz Aldrin, hvor ble det av deg i alt mylderet? (Buzz Aldrin, What Happened to You in All the Confusion?). Rights to the book have been sold to twelve countries, including USA, Australia, Germany, Italy, South Korea and France. It was included on the Best Fiction 2011 list by Kirkus Review. In 2009 the novel was also made into a television series. The year before he won the prestigious Norwegian Brage Award (perviously won by Per Petterson) for his first Young Adult novel, 172 Hours on The Moon, which will be published in English by Little, Brown in April 2012. In 2009 he was hired by the National Theatre in Oslo as their first ever in-house playwright, which resulted in the 500 pages long play Osv. (Etc.) which was the first dramatic work ever to be nominated for the Brage Award.

Lara Morgan is the author of the Rosie Black Chronicles, a post-apocalyptic YA series set in Perth. Her novel Awakening, book one of her adult trilogy, The Twins of Saranthium, was released in 2008 by Pan Macmillan.

Jo Nesbø has achieved an unparalleled success, both in his native country Norway and abroad, with his eight internationally acclaimed crime novels featuring Detective Harry Hole. Translated into more than forty languages, awarded a whole range of awards and boasting record-breaking sales, Nesbø has been lavishly praised by international critics for broadening the scope of the contemporary crime novel, and is today regarded as one the best crime writers of our time.

Michael Robotham was an investigative journalist in Britain, Australia and the US, before becoming a full time writer. He is the pseudonymous author of 10 best-selling non-fiction titles, involving prominent figures in the military, the arts, sport and science. He lives in Sydney with his wife and 3 daughters. The Wreckage is his latest book.