Shared experiences are one of the greatest things about the human condition. No matter how troubled you are and how alone you feel, there is someone willing to listen, to care, to help, to remind you that you are never truly alone. Help might come in the most unlikely of places at the most unlikely time, but its existence alone is a miracle. Unbearable Lightness is a miracle for anyone suffering with self acceptance, body image or sexuality issues. At times funny, at times vividly graphic, at times heartbreakingly sad, Portia de Rossi’s frank and unflinching account of her dual struggle with anorexia and her homosexuality provides a poignant insight into how dangerous the endless pursuit of perfection can be and, ultimately, how enriching self acceptance can be.

I was a huge fan of Ally McBeal. Though I’m sure I never quite understood the humour considering I was 9 when it started, I loved the characters (and, shamefully, the dancing baby) and I feel like it was the first show that made me excited for working in the future. The women were smart and pretty, the men were hilarious and handsome, and life seemed like one big party. Unrealistic, I now know, but at the time it gave me great hope for my future.  So naturally it tore my heart to shreds reading de Rossi’s account of her time on the show and the war she was waging within herself. To us, she was just the sexy, intelligent and confident Nelle Porter.  An inspiration! But the truth was an entirely different story.

Portia, born Amanda Lee Rogers in Geelong Australia, had struggled with body image since she was a child. As a young model, she placed significant pressure on herself to be thin, in order to be as successful as the older models she surrounded herself with. But her methods to achieve a tiny figure were dangerous and unhealthy, especially given her age, and her relationship with food became either one of two extremes: she was either watching her weight and consuming very little, or bingeing on food until she gained any lost weight and then some. As she grew up and set her sights on a Hollywood acting career, the pursuit of perfection only intensified as the breakthrough role on a hit TV show brought with it enhanced public scrutiny. At a time when she was viewed as one of the most desirable women on the planet, Portia would look into a mirror and despise what she saw. Her repeated reference to a pesky inch of fat that remained is something I’m sure most women can relate to, but the fact that it kept appearing despite her description of weight loss foreshadowed the danger to come. And slowly, her bulimia transformed into anorexia. At her lowest weight, Portia weighed a mere 37 kilograms. Between 60-65kg is the average (not recommended) weight of an Australian female in her mid to late 20s. Put simply, she was frighteningly skinny. She was no longer in control of herself; the disease was with her 24/7, constantly reminding her that she needed to lose more weight.

The saddest part of the story is that body image issues ravage everyone. I can draw frighteningly similar parallels from this stage of her life to my early high school years. Like so many girls, I was still chubby, still awkward, and still miserable with how my body was developing. I enviously stared at thin and pretty girls who made looking beautiful seem effortless. Her devastating reverse affirmation of “you are nothing” resembled my “you don’t deserve anything”, as it seems we both used negativity to scare ourselves into a yearning to be ‘something’. I more or less stopped eating at one stage, or at best I ate very, very little. Though nothing compared to the terrifying 300 calorie diet de Rossi eventually restricted herself to, I too had the idea that if I ate less, I’d weigh less. There is an excruciating scene inUnbearable Lightness where de Rossi’s family tell her that she’s going to die if she doesn’t gain weight, and it took me back to a conversation I had one night when my mother told me that, for my 15th birthday, I would be receiving a coffin rather than presents if I kept starving myself.

As I painfully read de Rossi’s decline into a sickly, near-death state, I cried for her. I cried for the girl I once was. I cried for girls all over the world who have fallen for the beauty myth and who tie their self-esteem and self-worth to their appearance and how well is corresponds to what society tells us is beautiful. And finally I cried as the destructive cycle was broken, when refusing to die was now an option and health was no longer sacrificed for perfection. I’m so thankful I didn’t end up where she was, 37kg and barely alive. Death was never an option. In many ways I still fall for the beauty myth and link my self-worth to how I look. The turning point I feel is best summarised by this quote, “I’d still like thighs the size of my calves, but the difference is that I’m no longer willing to compromise my health to achieve that”. I refuse to squander my talents, my intelligence and most importantly my health to conform to what someone else tells me beautiful. Unlike the preparedness and awareness of a birth, death comes quickly and without warning. I am a complex human, made up of so much more than my appearance. To die without ever having really lived might just be my greatest fear of all. But ultimately, happiness and self acceptance can come from somewhere we least expect: “I met Ellen when I was 168 pounds and she loved me. She didn’t see that I was heavy; she only saw the person inside. My two greatest fears, being fat and being gay, when realized, led to my greatest joy.” 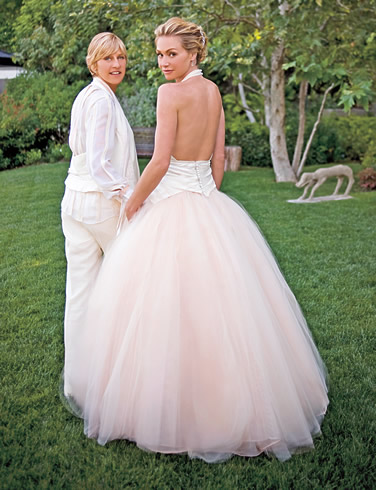 There’s something new to learn here. I’m not necessarily a fan of celebrity writers, but de Rossi’s reflections are witty and blunt, both familiar and unfamiliar and entirely relatable all at once. This is a book that speaks to women of all ages and sexual orientations about our dreams, our fears, our nightmares, our secrets. The message of this book is clear: true self-love embraces the totality of who you are. To say Unbearable Lightness is a must-read is an understatement.