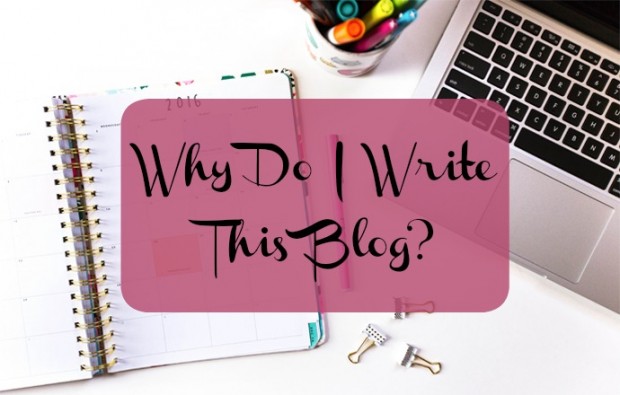 Why I blog now… That’s something interesting to think about. For those of you who didn’t know me a number of years ago, I started a blog in 2011 called The Crime Files. From the start of 2008 to the start of 2011 while studying, I worked part-time in a bookstore, and to say that I missed books when I started my first full-time job is an understatement. To keep in touch with the book world, I started a book blog. At the time crime fiction was my favourite thing to read, so I only read crime. After reviewing crime novels almost exclusively for two years, I moved from Blogger to WordPress in 2013 and started My Cup and Chaucer.

What a treat that was! I was free of the shackles of writing about crime fiction only and could write about any book I wanted. Then I became a shitty blogger. Seriously, I’ve written more in the first five weeks of 2016 than I did in 2015 in its entirety. Halfway through 2015 I started to consider updating my blog theme and in turn expanding the scope of the blog. I think I’d got to a point where I was so disinterested with blogging that only a total overhaul would draw me back in. And look! I was right.

This isn’t a blog manifesto, per se. Actually, there are many different opinions on the internet about what a blog manifesto is. Some people think it only needs to be a paragraph, others write blog manifestos that are upwards of 10K words. It sounds a lot like an About Me page, and I already have one of those. I feel like things have definitely changed, though.

I’m experimenting with lifestyle posts for the first time ever because, and this may surprise some people, there is more to my life than books and reading. I’m passionate about health and fitness, and although I’m not qualified to instruct people about nutrition and exercise, I am excited to write more about what works for me and how I’ve gone from having the early warning signs of high cholesterol four years ago to being the healthiest I’ve ever been. There are so many competing health messages and finding a regime that works for someone can take loads of trial and error. I don’t want to gloss over the unhealthy parts of my life: today I ate a bagel and half a bag of corn chips. In the off chance that writing about what works for me helps someone else make healthier choices, then I’ll be absolutely thrilled.

I’m also writing about makeup and beauty, which is another new element of My Cup and Chaucer, and it’s an element that I’m happy to say I’ll keep experimenting with. I have no desire to defend why I wear makeup, and if you’re feeling like telling me that I look better without makeup, or that only insecure women wear makeup, or that wearing makeup means I can’t be a feminist, I’m going to stop you right there. I love experimenting with makeup and I’m only just discovering (late bloomer!) all of the incredible products on the market, and I look forward to writing more about makeup in the future.

Moving slightly away from blogging, I also intend to start uploading videos to YouTube. The only hinderance to this at present is the general lack of natural light in my home. I’ve set a mid-year goal to have uploaded ten videos before 30 June, so it’s something I can plug away at over the coming months.

I’d also love to know what sort of posts (and potential videos) you would like to read/see. Blogging is such a great way to connect with like-minded people but sometimes I have a tendency to get stuck in my own head, so I’m definitely not opposed to content suggestions from you. Finally, thanks to the wonderful Allison at Wonderlass for uploading free stock photos for other bloggers to use. The beautiful image used for this post’s featured image is most certainly not a photo I took.