Welcome to the second part of my preview of books published in 2016 that you should know about. If you missed part one, which covers January to March, read it first here!

I’m calling it early: April is going to be the biggest month for fiction in 2016. There is so much to love here, seriously. I apologise in advance for how often I’m going to gush about this first book, but HarperCollins is publishing Curtis Sittenfeld’s modern-day retelling of Pride and Prejudice, Eligible, this month and I read it in late-2015 and I fell head-over-heels in love with it. I’m not going to say much now, because I have a full review written for closer to the release date, but it’s wonderful. Also from Harper in April is The Nest by debut author Cynthia D’Aprix-Sweeney. I haven’t been one of the lucky few to get an advance copy of this yet, but all those who have read it tell me it’s a super enjoyable read. Emma Straub, best-selling author of The Vacationers, has a new novel called Modern Lovers out this month, with no Australian publisher yet. I feel like these three novels go well together. They’re all written by smart women who write relatable and insightful modern stories, the kind where you can see parts of yourself, your family, and your friends in the characters.

My bookish queen (Nora Roberts) has her annual standalone romantic suspense novel published by Hachette. It’s called The Obsession and while the formula sounds similar to the novels of previous years, I’ll still most definitely be reading it. Chocolat author Joanne Harris has a new novel called Different Class that sounds intriguing, though I’ve never read anything other than her short stories. Hold Still is the first novel from debut author Lynn Steger Strong and with a format of alternating timeline chapters to uncover a mystery, it sounds like it could be good for fans of Mary Kubica’s novels, of which I am one.

Closer to home, there’s a lot to love about April’s Australian fiction. The name Josephine Barrett may be familiar in the Australian TV industry, and Hachette is publishing her debut novel The Secret Recipe for Second Chances in April. Early reviews suggest it’s perfect for fans of The Rosie Project, and while that comparison gets thrown around quite a bit, Barrett has written for TV shows including Love My Way and Wonderland, so I’m hopeful that the comparison will hold up. Speaking of The Rosie Project, Graeme Simsion’s partner in crime Anne Buist’s second novel Dangerous to Know (PRH) is set for an April release. I can’t find any details for this one, but I’m excited nonetheless. Much like Josephine Barrett, many of you may know Kelly Doust from her The Crafty Minx books, but her debut novel Precious Things (Harper) sounds like great historical fiction and it’s one I’ll definitely get to soon (I have an advance copy… somewhere). Finally in fiction, I’ve read in a couple of articles that a new novel from Emily Maguire called An Isolated Incident is coming from Picador, but I can’t find any details beyond that.

Moving to YA, the second book in Derek Landy’s Demon Road series, Desolation, is being published by Harper this month. I’m yet to read book one, but by all accounts is was excellent and I’m sure fans of Demon Road will be eager to get stuck into the sequel. Jesse Andrews of Me and Earl and the Dying Girl fame is back with The Haters, which is being published by Allen & Unwin. Inspired by the author’s years in a band, this has been described as a road trip adventure about a trio of jazz-camp escapees, and while this sounds a little John Green-ish for me, it’s no doubt going to be big in the YA sphere. In a month of authors swapping one form of writing for another, Cecelia Ahern’s YA debut Flawed hits shelves in April and I’m wildly curious about this one. But really, if a book is described as The Scarlett Letters meets Divergent, can you blame me? Australian author Georgia Blain’s futuristic YA novel Special is being published by PRH and I can’t wait to see the #LoveOzYA community get behind this one in a big way.

Finally, non-fiction. Arianna Huffington’s follow-up to the best-selling Thrive is called The Sleep Revolution, and although the section on sleep in Thrive wasn’t super relevant to me, sleep deprivation is a modern affliction that loads of people I know suffer from, so I expect this book to be huge. As someone who prioritises sleep and gets roughly 7-8 hours a night, I should have written this book. Damnit. 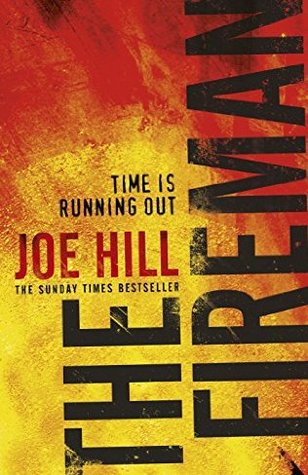 Publisher’s calendars become far more sparse and vague after April, so while I’m sure there are amazing books coming from May onwards I haven’t got anywhere near as much detail as I have for Jan-Apr. Joe Hill’s new novel The Fireman sounds absolutely terrifying. A virus called Draco Incendia Trychophyton is spreading across America, causing people to burst into flames. In the midst of all the madness, a man known as The Fireman has found a way to control the fire within, rather than let it consume him. I don’t want to say much more than that, because the Goodreads description definitely gives a bit too much away and I don’t want to do that to you, but I can’t wait for this. The follow-up to one of the weirdest books I read in 2015, You, is coming from Simon & Schuster. It’s called Hidden Bodies and while I’ll definitely give it a go, I’m not as excited as some of are because truthfully I nearly gave up on You a few times.

Don DeLillo fans will be hanging out for his new novel Zero K, basically because it sounds amazing. I think a lot of people will pick this up based on his name and reputation alone, but it sounds like it could be more accessible to a slightly broader audience. I could be entirely wrong about that. We’ll see! Lionel Shriver (author of We Need To Talk About Kevin) is back with The Mandibles: A Family, 2029-2047 from HarperCollins. There aren’t too many details available but it follows three generations of the Mandible family as a fiscal crisis hits near-future America. Finally, debut author Lisa Owens has a novel called Not Working being published in May, and at this point there is no Australian publisher, which is annoying because it sounds great. It’s a modern tale that perfectly captures the ‘procrastination generation’, of which I am a member, and I’m ridiculously keen to pick this up. 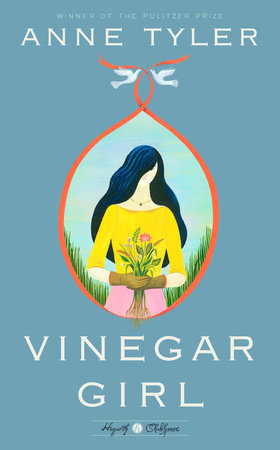 June is shaping up to be another massive fiction month, which pleases me greatly. A second modern-day retelling for 2016 is Anne Tyler’s Vinegar Girl, which is a retelling of The Taming of the Shrew, and it is being published in recognition of what is possibly the 400th anniversary of Shakespeare’s death. Possibly. Let’s roll with it. This sounds positively delightful. There’s no confirmed Aus publisher yet; however PRH published A Spool of Blue Thread so hopefully they’ll get this one, too. A PRH novel that I do know is coming is a debut from Emma Cline called The Girls and I can’t wait to read it. (If only I had a dollar for every time I’ve written that recently.) The publisher is saying it’s perfect for fans of Jeffrey Eugenides and Jennifer Egan. I haven’t read Justin Cronin’s The Passage series, but I was working in a bookstore when the first book came out and people went nuts for it, so I think the third and final book in the trilogy The City of Mirrors will be pretty huge this month.

Another retelling! I almost missed this one. It’s Our Young Man from Edmund White that’s being published by Bloomsbury, and it draws heavily from The Picture of Dorian Grey by Oscar Wilde. It sounds like it could get quite intense, though early reviews suggest White’s protagonist is less cruel than Wilde’s Grey. I mentioned Mary Kubica earlier and her new novel Don’t You Cry is out this month from Harlqeuin. It doesn’t sound like there will be anything groundbreaking here, but I like Kubica’s writing and I’ll happily read this in a few months. Pan Macmillan sent out proofs of Jane Haper’s debut novel The Dry in late 2015 proclaiming it to be 2016’s book of the year, and while I’ve already tentatively picked by book of the year for 2016, I haven’t read The Dry yet so my vote may change.

Allen & Unwin are publishing The Smell of Other People’s Houses by Bonnie-Sue Hitchcock and I loaded a digital proof of this onto my iPad the other day, which I look forward to getting stuck into soon. It’s a debut novel set in Alaska in 1970, and it has an absolutely stunning cover. Finally, Roxane Gay is back with Hunger: A Memoir of (My) Body. There’s no Aus publisher listed yet, but her other books have sold well and I think this will do the same. Gay writes with such intimacy about her body, her appearance, and her relationship with food, and I suspect this will be profoundly moving.

I’m not a moron and I’ve purposely skipped July because I couldn’t find any details of books coming in that month. August is quite brief, though. The Candice Fox and James Patterson collaboration Never Never is coming from PRH. Candice and I studied at the same university and we have some friends in common and I love her writing, so I’ll be championing this hardcore later this year. Also in August, Hachette is publishing Maxine Beneba Clarke’s memoir The Hate Race.

You guys, Melina Marchetta has written an adult mystery novel. True story! It’s called Shaming the Devil and I wish it were September already so I could read it. The suspect in the novel is a 17 year-old girl named Violette and with a cast of young adult characters, along with adults of course, I think it could appeal to both YA and adult crime readers. Another popular YA author with a debut adult novel coming in September is Gayle Forman with Leave Me. This sounds very Where’d You Go, Bernadette to me, and I have high hopes for this. For the #LoveOzYA fans out there, Melissa Keil has a new novel coming called The Secret Science of Magic from Hardie Grant, and the description won me over with ‘child prodigies’ and ‘panic attacks’.

There are a few September publishing rumours floating about, and while I can’t confirm any of these, September could bring us new novels from Haruki Murakami (there’s definitely one coming called Absolutely on Music, but no set Aus date yet), Paula Hawkins, Jennifer Egan, Hannah Kent, and Liane Moriarty. When publishers say ‘late 2016’ as a vague release date, I always assume September.

I adored Zeroes by Scott Westerfeld, Margo Lanagan, and Deborah Biancotti in 2015 (I even got to talk to the authors!) and the second book in this series is hopefully coming in October from Allen & Unwin. Also coming from Allen & Unwin is Clementine Ford’s book Fight Like a Girl (80% sure this is coming in October) and while I can’t find any specific details about it, I’ll be reading it as soon as I can. I have been profoundly impacted by Ford’s writing over the past couple of years, and I know many of you will be eagerly awaiting this book with me.

Gemina is another cracking #LoveOzYA title that is a sequel to a best-selling 2015 book, Illuminae. The authors have just finished promoting book one and already I’m wanting book two.