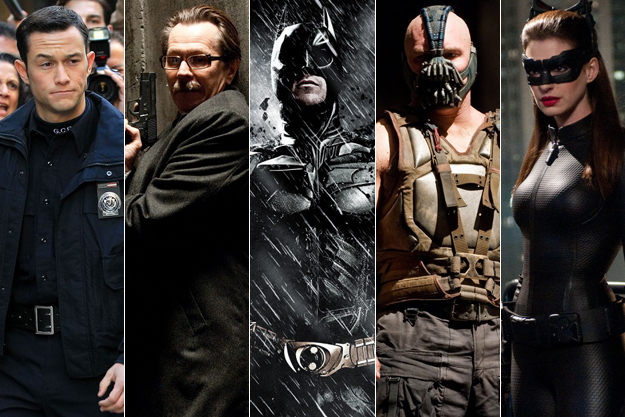 Thanks to Katia from And Cut! Film, I was able to be one of the first people in the world (the world!!) to see The Dark Knight Rises. Don’t believe me? Here’s the proof.

Ms K was also kind enough to let me be a guest reviewer, and you can check out my review of The Dark Knight Rises on her site here. For those of you who can’t  be bothered clicking, you’ll find the review down below…

Note: since posting, I’ve been told by a friend that I need to make people aware that this review contains minor spoilers. Did you see that? Spoilers. So if you haven’t seen it, proceed with caution.

It seems to be a Hollywood impossibility to successfully pull off a franchise hat trick. Some have come close, but with the weight of the world on his shoulders following the unimaginable success of The Dark Knight, Christopher Nolan has delivered a satisfying end to his Batman trilogy. Arguably the most anticipated film of 2012, The Dark Knight Rises is a dark and poignant conclusion to Nolan’s gritty reimagining of Batman and delivers to both recent Batman fans and die-hard lovers of the original comic the ending the series rightly deserved.

It’s been 8 years since the events of The Dark Knight and Gotham City is at peace. The Dent Act, in memory of the late Harvey Dent, has cleaned up the streets of Gotham, the Batman (Christian Bale), responsible in the eyes of Gotham for Dent’s death, has disappeared, and, suffering from the loss of Rachel Dawes, Bruce Wayne (spoiler alert, also Christian Bale) has become a social recluse. But under the streets of Gotham, trouble is brewing and Batman has a new enemy on the horizon–Bane (Tom Hardy).

With an army of relentless mercenaries, Bane is intent on stripping away the power and control Gotham’s elite have over the city and “returning Gotham to the people”. And by that he really means turning it into an oppressive dictatorship. But, I digress. With the Batman forcibly removed from the equation, Commissioner Gordon (Gary Oldman) and rookie cop John Blake (Joseph Gordon-Levitt) set a plan in to motion to stop Bane and his minions before Gotham is irrevocably destroyed. Little do they know, Bane has one last ace up his sleeve, the reveal of which sets up perhaps the most emotionally intense 30 minutes of film I’ve ever seen.

Returning favourites Bale, Oldman, Michael Cain (as Alfred), and Morgan Freeman (as Lucius Fox) deliver some of their best Batman appearances thusfar and newcomers Gordon-Levitt and  Hathaway as Selina Kyle/Catwoman are refreshing inclusions, but Hardy is the unequivocal standout. Comparisons between Heath Ledger’s Joker and Hardy’s Bane are difficult to avoid but the origins and motivations of both villains differ so drastically, any direct comparisons hardly seem fair. While Ledger’s portrayal of the psychopathic and deranged clown earned him a posthumous Academy Award, Hardy, with only his eyes and voice to create fear, transcends Bane from a murderous vigilante to a terrifying creature of nightmares.

What has made Nolan’s Batman trilogy so successful is his ability to incorporate the essential elements of the DC comics into a darker and more powerful reflection of morality and the distinction between right and wrong. The Dark Knight Rises is no exception and the ethical decisions faced by the film’s protagonists delve deeper into Nolan’s meditations on justice, death and loss than either of the previous installments. When all is said and done and the credits begin to roll, viewers haven’t just watched a film—through impeccably effective filmmaking, the audience have experienced a journey unlike any other found in a superhero film. After 7 years and 3 films, what more could viewers possibly ask for?

Note: this movie reviewing business is fun! You haven’t seen the last of me yet, Event Cinemas.