Welcome to the first book review of 2016. Hooray! While I can’t promise to review every book I read this year, I’m hoping to review at least 50%. There’s another 2016 resolution for you. Honestly I couldn’t not (soz, double negative) review Maria Lewis’s debut novel Who’s Afraid?, which hit shelves earlier this week. Prior to this week, I’d met Maria a couple of times and we have a handful of mutual friends in Sydney, plus I bloody love supporting Australian debut novels. ‘Twas really a no-brainer. 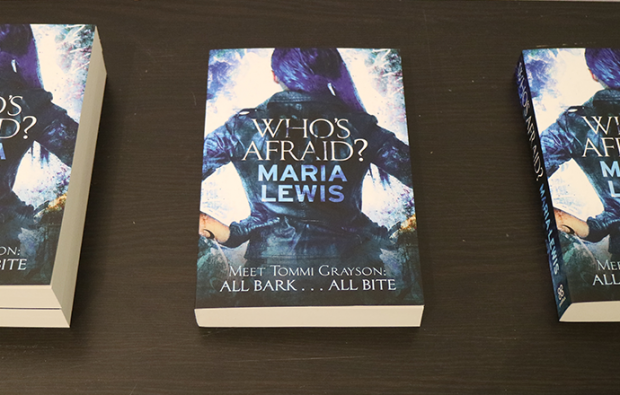 Tommi Grayson is a woman on a mission. After the sudden and unexpected passing of her mother, she leaves her home in Scotland and embarks on a journey to New Zealand in the hope of finding her biological father. Her mother never spoke of her father, and when she died she took the identity of Tommi’s father with her. Tommi, having undertaken some online investigative work to find her paternal needle in a haystack, has an idea of who she is looking for when she sets off, but she’s approaching the trip with caution; the story of her conception doesn’t feature consent, if you catch my drift. Little does Tommi know that consensual sex is only the start of the issues meeting her biological family uncovers.

Now, spoiler alert: Who’s Afraid? is an urban fantasy novel. If you didn’t know that and don’t want to know more about the story, stop reading here. I’m not going to give away massive spoilers, but it’s fairly common knowledge that Tommi’s trip to New Zealand releases a side of Tommi that has remained dormant up to this point. Tommi is a werewolf. She’s an incredibly powerful and strong werewolf, a trait she inherited from her father’s bloodline. Her family history is complicated, in a word, and for as much as her true nature comes as a shock to her, so too does her existence come as a shock to her newfound relatives. Not everyone takes kindly to her appearance, and Tommi escapes, barely, to quickly return to Scotland, a rescue mission largely possible due to the involvement of Tommi’s enigmatic guardian, Lorcan.

Lewis has created a rich and complex paranormal world, and many questions that both Tommi and the readers have are answered by Lorcan. Discovering the supernatural world along with Tommi is one of the most enjoyable parts of Who’s Afraid?, so I won’t go into detail here and spoil the fun. It’s worth noting, though, that in some cases in paranormal world-building, the author creates contrived situations where lengthy explanations are provided by one character. In other cases, authors slowly reveal important information in short and sharp conversation sequences. Lewis writes well beyond the world-building abilities of a debut novelist, and happily provides the reader with the latter.

While reading Who’s Afraid?, it can be hard at times to not picture Lewis herself as Tommi. With her bright hair and kickass spirit, Lewis, like Tommi, is a strong, brave, and admirable woman. Tommi is a heroine that paranormal fiction needed; an independent mess of a woman who is entirely relatable as she deals with absolutely impossible situations. Lewis defied original publication suggestions and refused to whitewash her heroine, instead fiercely choosing to hold onto her biracial protagonist. Instead of playing it safe and setting the novel in Australia, she listened to the advice of another author and set it overseas to broaden its international appeal. I’ve noticed a couple of Goodreads reviews that list this as a fault, albeit a minor one, of the novel, but I disagree. Lewis is driven and determined to succeed, and with potentially four more novels to follow Tommi’s journey, increasing the possibility of international interest is a wise move. With that said, the launch of Who’s Afraid? coincided with the Australian premiere of Quentin Tarantino’s The Hateful Eight, and his media team were curious about the #WhosAfraid hashtag that trended higher than #TheHatefulEight on premiere night. The outcome? Tarantino now has a copy of Who’s Afraid?. (Shit yeah he does!) I don’t think getting attention for Tommi, whether here or overseas, will be an issue.

Buzz books are brilliant when they meet expectations, and even better when they exceed expectations. I can’t wait to see what’s next for Tommi, and I wish Lewis, her wonderful agent, and her fab publisher Hachette all the luck in the world with this one. For Lewis, the future looks as bright as one of Tommi’s fresh dye jobs.

Here are some of the photos I took at the Who’s Afraid? launch at Kinokuniya on Thursday 14 January. The art on display was incredible, my photos most certainly are not, and number two is definitely my favourite. 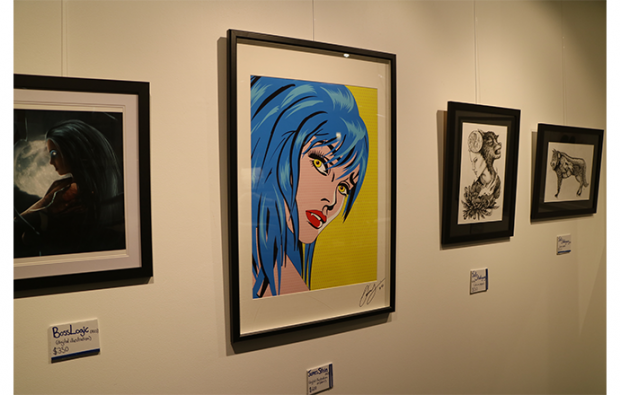 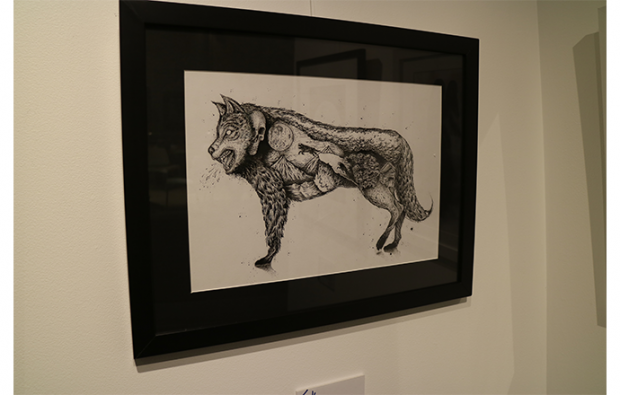 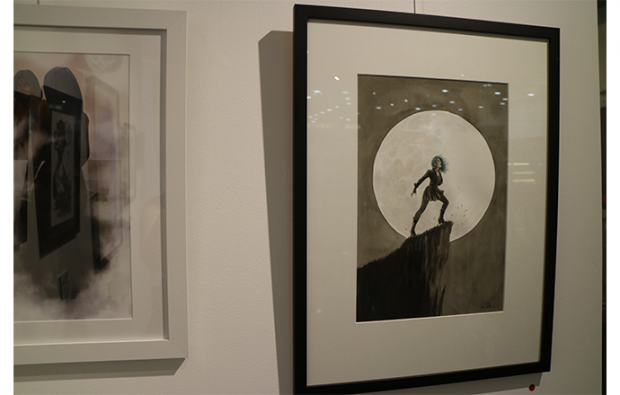 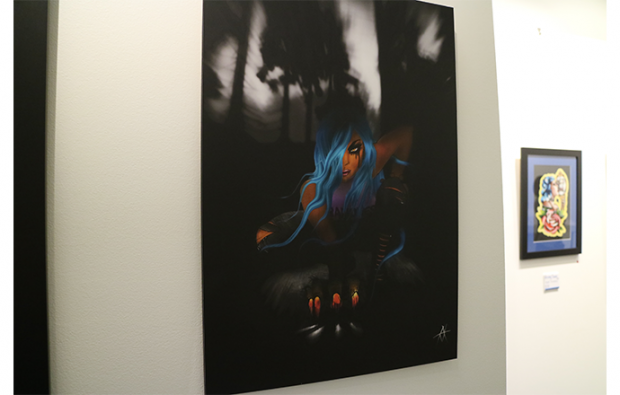